Here is the final version of the comic: 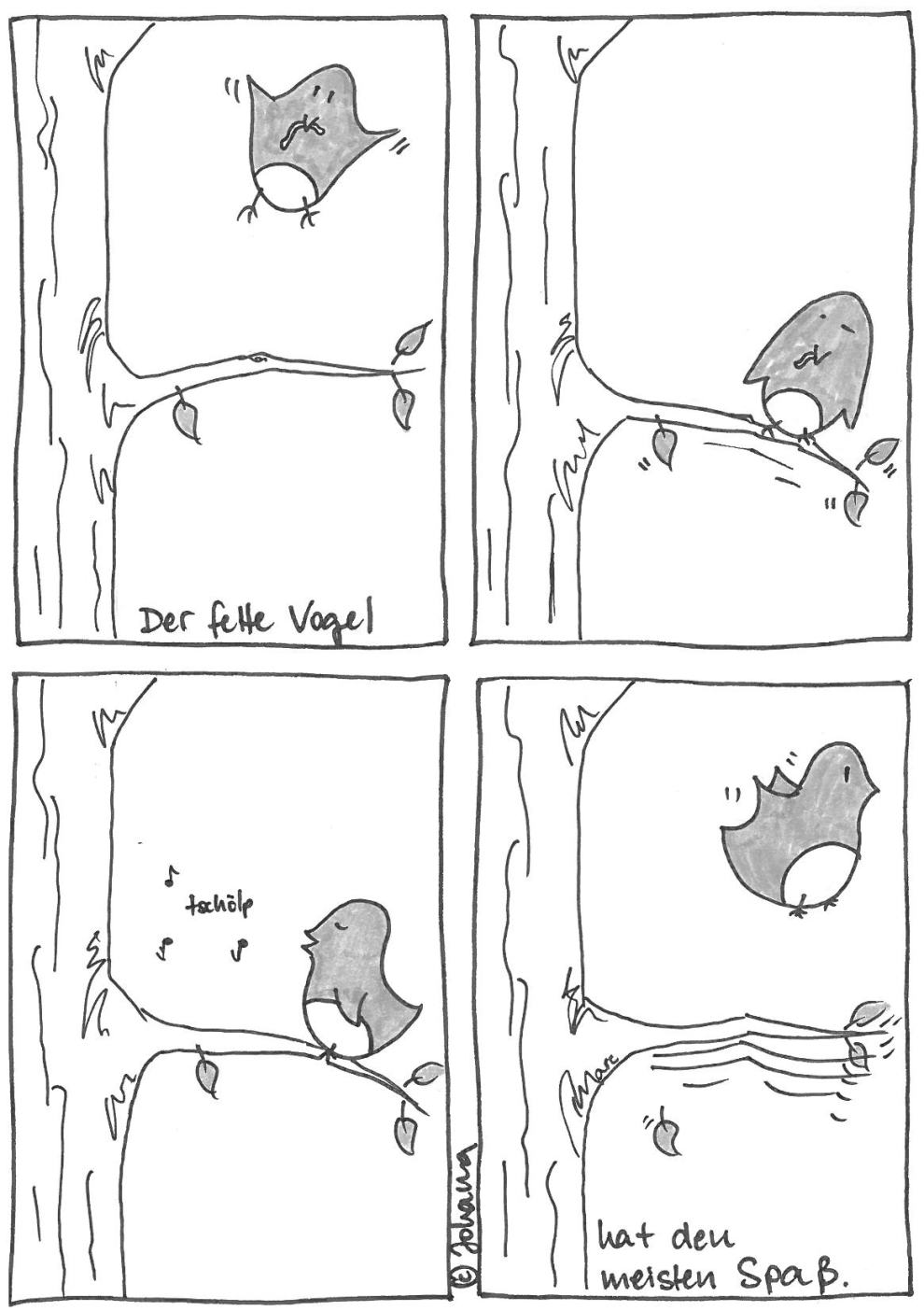 I did another draft because I didn’t like the shape of the bird in the bottom panels of the first draft. The text is in german and roughly translates as: “the fat bird … has most fun”. Now, why that makes sense I’ll explain to you in a second.

The bird theme came up when I was talking with a friend about the comic 2012. We were discussing the difference between being swept away by the future, as the figure in the comic is, and steering towards the future yourself. And what living creature can fly and steer by itself? A bird.

I liked the lightness of this bird reframing and kind of carried the thought around with me for a while. There are two comics with birds that I really like. The first is a comic by my alltime favourite comic artist der flix. And the second is a design for a T-Shirt by Katz und Goldt.

Having these two in mind, the comic quickly evolved in my head over a few days. I picked up the idea from flix’ comic and combined it with an allusion to the joke from katz und goldt. To get it, though, you need to know that “der fette vogel bricht den ast” means “the fat bird breaks the branch”* and in german, the variation I made rhymes with it.

* which in my opinion quite obviously refers to the german saying “der frühe vogel fängt den wurm”, the early bird catches the worm…